5 Facts About The Majestic Redwood Tree

Aug 28, 2021 | Zoe Karbe
Share on Facebook
The California coast redwood tree is considered to be one of the most beautiful and majestic trees in the world. Before the gold rush, coast redwoods populated around 2 million acres of California’s coast, stretching all the way from Big Sur to the Oregon border. While there are, sadly, a lot less, there are still enough to marvel at. Here are 5 facts about these almost magical trees.

They are Extremely Old

Since these trees can live for more than 2,000 years, they are among some of the longest surviving organisms on the planet, in fact, the oldest-known redwood is around 2,200 years old. That means they were even around the Roman Empire.

They Reach The Heavens

These trees are so high that they host whole communities of animals, insects, reptiles, and even additional plants that survive on the mats soils on the upper branches. These plants that grow on other plants are called epiphytes; some of the redwoods’ epiphytes are even rees themselves. The trees documented that have been growing on top of the trees include Douglas fir (Pseudotsuga menziesii) cascara (Rhamnus purshiana), California bay laurel (Umbellaria californica,) Sitka spruce (Picea sitchensis), western hemlock (Tsuga heterophylla.) Some of these have even reached up to 40 feet. 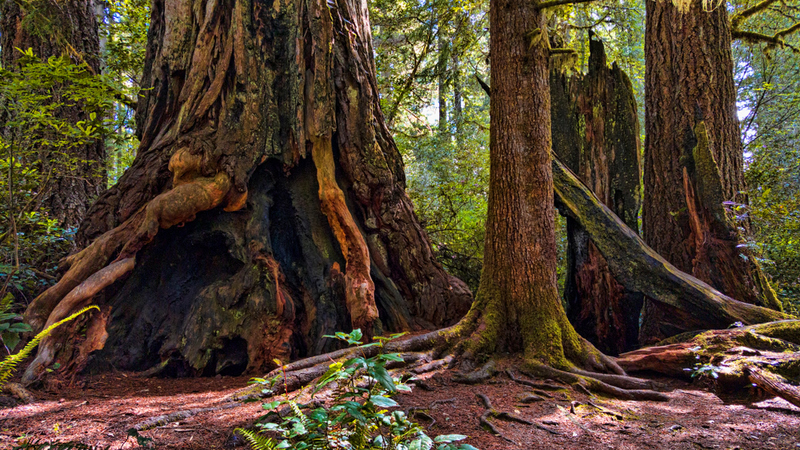 Contrary to popular belief, these massive trees do not have particularly deep roots, at least not as deep as you would think. Typically the roots extend six to twelve feet below the earth but it’s their breadth that is far more impressive.  These roots can extend up 10 100 feet from the base of the tree and even intertwine with neighboring trees, creating a network of intertwined roots thus increasing stability.

The climate in which these redwoods flourish is very moist. During the winter these trees get a lot of rain, during the summer months they depend on coastal fog for moisture. The fog condenses and comes out in tiny droplets that are absorbed by tee trees, so it’s almost as if they are sipping on fog.

5 Hot Spots Around The World For Catching Unique Fish
Here, we will show you the top 5 hottest spots for fishing all around the world, and the unique fish that can be found there.

5 Ways to Connect With Nature From Home
Connect to parks and wilderness from afar, and create your healing journey from the comfort of your own home!