Driverless Trains to Debut in China by 2020

An upgraded version of magnetic levitation trains (maglev) is scheduled to be launched in 2020, according to China’s state media. These aren’t the types to break speed records, but these are intercity trains that are medium-low-speed designs developed by CRRC Zhuzhou Locomotives Co solely in China. The latest version of the maglev is still comparatively much quicker, and shall operate at a dazzling 200 kph, with 40 kph more speed than the 2.0 version that’s currently being tested. 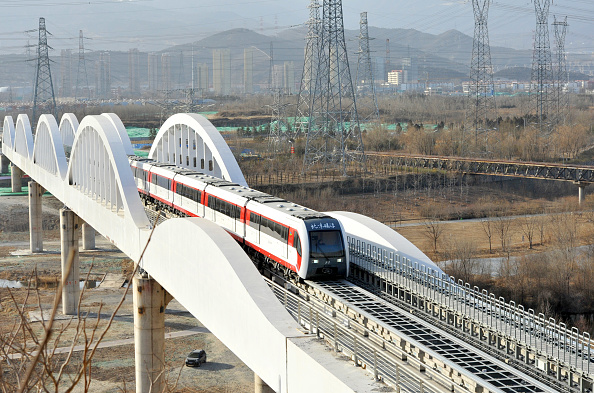 This is twice the capability of its first version, operational in Changsha, capital of Hunan Province. The first two versions must be run with a human controller, which the latest version highlights doing without. Unlike high-speed trains utilized to connect big cities, medium-low-speed maglevs are used for intercity transportation. They are safer and run quieter than even a regular vacuum cleaner with minimal friction.

The proposed version 3.0 is going to be faster and with improved climbing power. More importantly, for better safety, it will have a much more enhanced brain power compared to the first 2 versions. This significant upgrade shall allow it to run with a reliable autopilot function. When the project is complete, it should be used for city-wide transit, covering distances of 50-200 km.

The maglev has been deemed the future of train transportation for years, but only a few countries have actually focused their energies in developing the technology: Japan, South Korea, and China. It’s been touted as the future tech due to its magnetic repulsion, which minimizes friction between the rails and the train, and propels it smoothly forward. In 2002, China opened its very first maglev system for commercial use in the heart of the city towards the Shanghai Pudong Airport (30km). It remains the fastest maglev system to date, which runs at 400 kph. Meanwhile, in terms of high speed trains, Japan is poised to break the speed record by building the Chuo Shinkansen maglev line that can run a speed of up to 500 kph, connecting Tokyo and the city of Nagoya, cutting down travel time by half. The project is expected to be finished by the year 2027.

Your Next Six Careers of the Future
Every day you probably hear stories or hear complaints about how in 20 years, your jobs aren’t going to matter and the economy is going to go down the toilet; even more than..

Flying Taxis? We’re Here for It!
Equipped with eight electric propellers, this breakthrough in aircraft technology can hover, ascend and descend.

Study Finds That Looking Into a Deep Red Light May Improve Eyesight
It seems like there is a way to slow down the deterioration of your vision, and all it entails is just a few minutes of your day.