A new metallic piece with laser beams replaced an aluminum part of an F-22 Raptor. 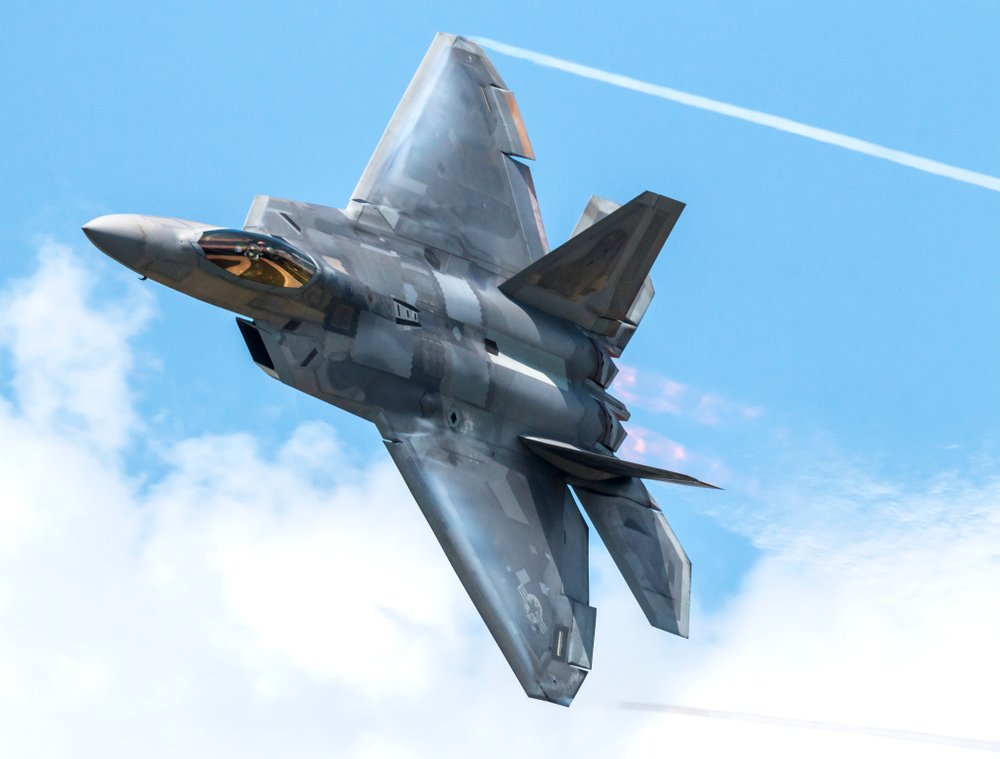 It’s no surprise that the U.S. Air Force is integrating 3D printing on their fleet.  The F-22 Raptor stealth fighter has received its first new titanium replacement part.

he Pentagon has high hopes for greater things to come in the aircraft industry particularly on new and sturdy pieces specially designed for old aircraft. The part replaced was relatively minor—a bracket set up in a kick panel in the compartment of the F-22-  Made from aluminum, the part was made of titanium powder and utilized laser beams to build it layer per layer.

The titanium part is not prone to corrosion which means it could withstand the wear and tear and could last the lifespan of the aircraft. That said, the new replacement part will be inspected over time, and if validated to last, similar pieces will be set up in all F-22.

The part was ordered and installed by the 574th Aircraft Maintenance Squadron at Hill Air Force Base, Utah, where all F-22s undergo depot-level maintenance. As an aircraft ages, their parts lose its most favorable condition and function which results to more repair and maintenance.

For planes no longer in production like the F-22, acquisition of spare parts remain to be a difficult process. With 3D printing, these issues are easily resolved as the advanced technology enables the Air Force for a speedy and accurate manufacture of any relevant parts.  More so, the Air Force revealed that if this 3D printed bracket works efficiently, future orders for the part could be filled in as quick as three days.

How Technology Can Enhance Your Pets’ Experience
Have you ever wondered what technology provides for your pets?

Zuckerberg Says Facebook Will Shift Focus on Private Communication Development
Mark Zuckerberg, CEO of Facebook Inc., announced that there is going to be a major change in the biggest social media network’s future in terms of building up new products...

Ultrasound Machines With Old Software Can Be Easily Hacked
Ultrasound machines that are running on outdated software, like Windows 2000, allow an easy entry for hackers.