Feeling Depressed? It May Be Triggered by These Foods

Many people turn to food when they feel lonely or need comfort. Some automatically reach for ice cream, others turn their attention to chocolate, and there are those who prefer to eat dishes that remind them of easier or happier times. Whatever your choice is, you would do well to understand that the food you ingest may have a direct effect on your emotions.

Have you ever ended up feeling somewhat depressed after overindulging on a specific food? It’s possible that the dish or delicacy you have just eaten contains certain ingredients that could be causing this effect. Rather than just wonder about it, why not take a look at the list of foods that may explain why you are feeling depressed or may be exacerbating your depression?

Although they are commonly served at parties to “loosen things up,” alcohol beverages are actually well known to induce depression because of their effects on the central nervous system. Alcohol fogs up your senses, reduces your capacity to understand and reason, and deteriorates your motor functions.

The central nervous system is involved in how the body processes emotions. When you are feeling negative emotions, alcohol enhances these feelings because it is a depressant. So, if you are feeling depressed, perhaps it’s time cut back on your alcohol intake. 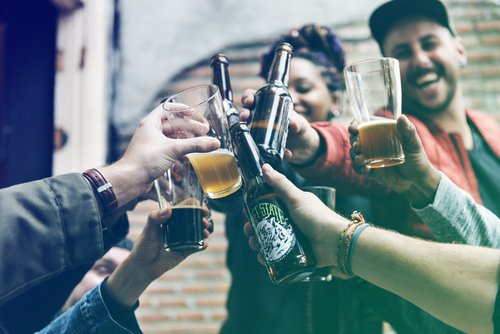 According to research, continuous consumption of caffeine, even among healthy people, contributed to how subjects scored in the depression scale of one study.

Caffeine’s most pronounced effect was observed on people’s sleeping habits, in that individuals with high caffeine intake typically find it more difficult to fall and stay asleep. Lack of sleep, in turn, can significantly affect a person’s mood in a, particularly negative way. It is essential that people obtain the recommended amount of sleep, but if you are planning to sleep for at least 8 hours, you need to stay away from energy drinks.

In our assiduous search for healthy, zero-fat alternatives to certain foods, we have somehow stumbled into something that’s just as bad. The drawback to these fat-free solutions is that foods that are marketed as such usually contain massive amounts of sodium to help offset the flavor. Depression may be a direct indicator of high sodium intake, because of the way it affects our neurological system.

Moreover, it can lead to fatigue, making us feel exhausted and out of energy. The possible weight gain due to fluid retention can also be a contributing factor to the negative way a person feels about his/her self-image.

Keep this information in mind the next time you see something that has been fried using the same type of oil. 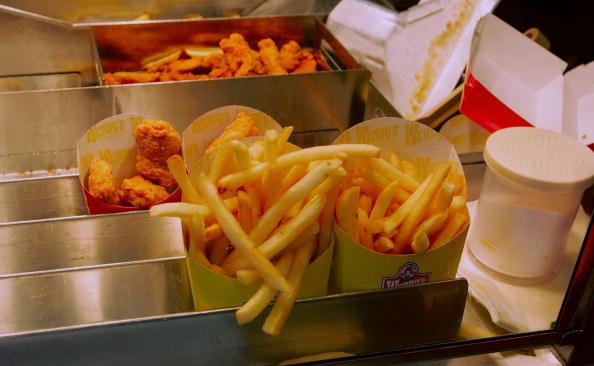 Another type of food that you need to watch out for is refined or processed carbohydrates. Examples of such foods include cereal, white bread, pasta, and snack items. Keep in mind that these foods can raise your blood sugar levels, which in turn reduces the levels of a protein that promotes the growth of synapses and neurons.

Note that when you consume a bowl of cereal, there are enough processed ingredients in it equivalent to what you will find if you eat a bowl of jelly beans. Bagels and donuts also fall in this category; this means that you will get the same result after you eat them: you’ll end up feeling irritated, tired, and vaguely depressed.

Because sugar is present at varying levels in most of the foods we eat, we need to keep a sharp eye over our grocery list when we buy food supplies. A study conducted in 2015 found a connection between sugar intake and the likelihood of developing symptoms of depression.

Another mind-boggling finding of sugar was reported in a paper that was published in Diabetologia. Apparently, the consumption of sugar-rich foods consistently limits a person’s brain power and increases the risk of developing depression, diabetes, and dementia.

The only thing that’s worse than sugar-laden foods is those that are packed with synthetic sweeteners. Used as substitutes for sugar, they are actually slightly more harmful to your health. Moreover, some synthetic sweeteners may impede the production of serotonin, the neurotransmitter that’s responsible for our “good moods”.

Aside from depression and chronic headaches, artificial sweeteners such as Sweet N Low, Aspartame, and Truvia may also induce you to develop insomnia. If you’re looking for a healthier option, regular refined sugar would actually be a better choice.

Is Playfulness What’s Been Missing From Your Life?
Though playfulness is a personality trait often associated with childhood, it has been found to benefit adults as well. Along with turning boring, slow situations into..

Here Is Why Ballet Is More Hard Core Than You Know
The Nutcracker. Swan Lake. Even if you've never watched a single ballet in your life, you know of these important cultural masterpieces. Have you ever thought of the work..