Prince William and His Struggle With Trauma

Prince William, The Duke of Cambridge, has begun to share his story and bring awareness to his personal struggles with trauma. He has become a mental health advocate in the UK. Recently, he visited Switzerland to come forward about the trauma and hardships he endured while in the medical field. He is encouraging his community to break the stigma around mental health – specifically PTSD and depression.

Prince William Stands Up for the Next Generation’s Mental Health

Before coming into the royal spotlight, Prince William worked as an air ambulance pilot. He was in the Royal Air Force’s Search and Rescue Team for more than five years before he had his children.

During the 49th Annual Meeting of the World Economic Forum in Davos, Switzerland Prince William came out and spoke about his time in the Air Force. He is begging countries to take mental health seriously and bring awareness to treatment options. As someone with personal ties to this cause, he empathizes with others who have been through significant trauma.

At the conference, Prince William was asked if there was one specific case or experience that affected him the most from his time in the Royal Air Force. He said that there was but that it is still too difficult for him to talk about. He stated that sometimes in this field, there are certain cases that you don’t ever get over. He mentioned that the specific case was related to his children, which made it extra hard for him to get over. He admitted that he had struggled for a while with his mental health after the fact. He admitted that if he did not take action and take care of his health, he would be dealing with a whole different level of mental illness.

The Royal Family All Push For Mental Health Awareness

The entire Royal Family, William, Kate and even his brother Prince Harry have all gotten together to bring awareness to mental health all over the UK. They have founded an initiative called Heads Together, which provides access to treatment. 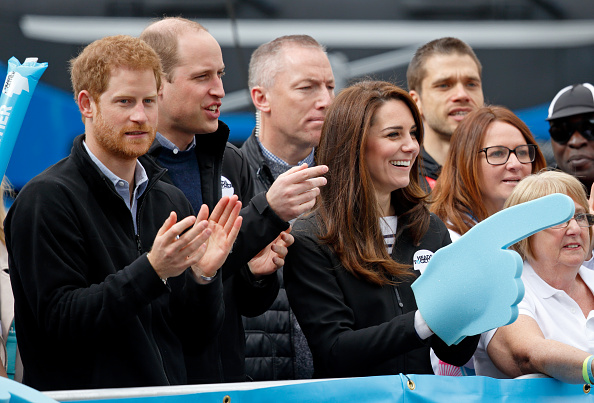 Together we can change the face of mental illness and break the stigma. Hopefully by seeing public figures such as Prince William be brave and open up about their struggles people will follow in their footsteps.