A 500-year-old statue of a mysterious woman donning a large “Star Wars”-like headdress was discovered in central Mexico. The 6.5-foot-tall limestone statue portrays a woman dressed in elaborate garments and jewelry, including a circular pendant, known as an “oyohualli,” and a headdress that rivals the head adornment of “Star Wars” Ahsoka Tano, a former Jedi apprentice in the sci-fi series.

This mysterious woman may have played an important role during her time as this figure likely represents an elite woman, “perhaps a leader, because of her posture and outfit, rather than a deity,” María Eugenia Maldonado Vite, an archaeologist at the INAH Veracruz Center who is heading the excavation, announced in a report. 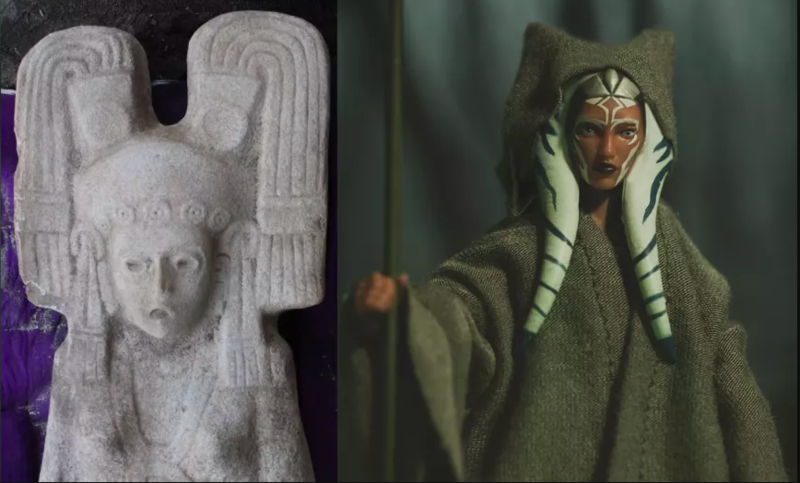 The statue’s position between the archaeological sites of the Aztec Tochpan and the Huastec Castillo de Teayo implies that it has roots in both cultures. Most Huastec sculptures are considered to portray deities linked to Tlazoltéotl, an Aztec Earth-mother goddess known for sinful behavior and being impure, Maldonado Vite said. Tlazoltéotl portrayals usually show the goddess wearing a nose ring and bearing spindles with cotton tassels on her clothes, she said. “The style of the young woman from Amajac is comparable to representations of Huastec goddesses of the Earth and fertility, but with an outside influence, possibly the Nahua group. Maldonado Vite said. “Also, the cloth that Huastec women present in front of the skirt is always smooth, and this one has an ornament of ribbons and knots on it.” 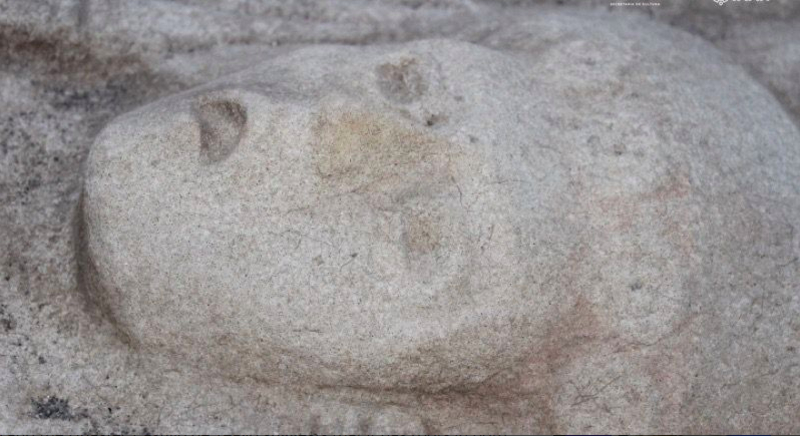 This woman isn’t the only recognized pre-Columbian female leader. “There are several pre-Hispanic depictions of elite women and female rulers elsewhere, best known among the Classic Maya but also in Classic Zapotec and Postclassic Mixtec codices,” Susan Gillespie noted, a professor of anthropology at the University of Florida.

In fact, “Colonial-era Aztec documents considered women ‘rulers’ or at the very least holders of the crown to pass on to their heirs,” Gillespie said. Women were profoundly valued in pre-Columbian cultures, and it wasn’t until after the European conquest that women lost their standing. That said, it’s unclear if the “Star Wars”-like statue of this elite woman is significant, or even if she’s accurately identified, Gillespie said. “Archaeology works best with repeated occurrences, to show a pattern,” she told the AP.