The World’s Most Aggressive Sharks

If you’re a big fan of Shark Week, then you’re in for a pleasant surprise because the show is returning to your TV screen this year starting from June 26 until July 23 on the Discovery Channel. Viewers are already excited to learn what the show has in store this time around as Shark Week plans to best itself every month of June. Although Shark Week began as a show that primarily centered on the conversation efforts and correction of false impressions regarding sharks, it has gradually evolved into a widely acclaimed and entertaining TV show through the years. Currently, the hosts of Shark Week track down and study among the most intriguing and dangerous sharks in the world. 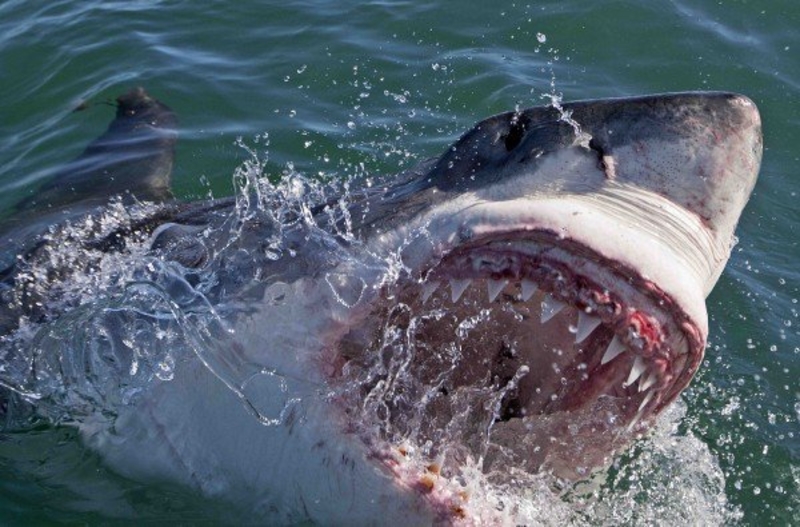 Additionally, the show’s production team will head towards the vast seas in pursuit of fabled sharks and prove once and for all whether they are real or just myth. We have researched the five highest ranked sharks by The Discovery Channel. As you make your way on the list, you will realize that there is a single recurring theme between them – they belong to one prominent species of shark called great whites and they are known for their remarkable size and hunting prowess.

The shark is as intimidating as it sounds. According to Shark Week, Colossus is 15 feet long and notorious for its deadly, mid-air assaults. Additionally, the gigantic marine predator is as thick as a school bus! And if that still doesn’t intimidate you, we might want to add that Colossus also weighs more than 3,000 lbs or a midsize sedan! The great white shark was last spotted near South Africa although its present location is pretty much unknown at this point.

You might be surprised to hear that this shark is even larger than Colossus, with a length of 16 feet. Given the nickname Slash, this great white shark has a distinguishable big scar on the left portion of its face. If you think about it, the moniker “Scarface” would have suited him better but hey were not the ones doing the hunting. Slash mostly appears in the coast of New Zealand where he hunts seals for their healthy fat contents. The scariest thing about Slash is perhaps his highly attuned sneak attack manoeuvres and infamous reputation as one the most aggressive great white sharks in the entire world.

“El Monstruo” or “The Monster” when translated to English, was spotted by local Cubans in 1945. This enormous great white shark is among the biggest that was ever found. Normally, great white sharks are somewhere between 11 to 16 feet long. This one however, terrorizes the oceans with 21 feet of pure muscle and razor sharp teeth earning him the nickname El Monstruo. Its sheer dimensions alone is more than enough to freak out the bravest of fishermen. The giant was caught in Cojimar, Cuba where the famed photograph was taken.

You might have already noticed a pattern here or not but the most coveted sharks on the show typically belong to the mysterious great white species since these aquatic predators are distinguished for their colossal size and nasty disposition. Another notable great white shark in this list is PEI which measures 17 feet long. Its measurements are also the most precise in the world. This gigantic great white was 20 years of age during the time of its capture, which means it was a middle aged specimen. Scientists think that despite its abnormally large size, PEI still had the potential to grow even bigger. The name PEI pertained to the location where the great white shark was captured which is Prince Edward Island in Canada.

Finally, we have a great white shark that was reported to have measured somewhere from 24 and 30 feet long, giving it the title as the biggest shark on this list. With a fitting nickname of “The Submarine”, this shark was tracked down off the coast of South Africa. Regrettably though, there was no actual footage or photograph ever captured on the behemoth. Some have gossiped that Submarine was likely a fictional shark and was the result of a delusional Shark Week crew. Discovery Channel though, stuck with its facts, stating that actual encounters of the gigantic shark can be traced back as far as 1970. The network puts Submarine at the top of its list of most unbelievable sharks. Although there is a diverse assortment of shark species in the planet, the great white still, up to this day, manages to captivate our imaginations.

Massively Impressive Facts About the Sperm Whale
Let’s get to know these incredible mammals of the deep a little better.

How to Bee the Change
There are many ways we can ensure the survival of bees – starting at home.

The 5 Best Rock Climbing Spots Outside the U.S.
The United States is home to some of the most spectacular rock climbing locations known to humanity.