This Tiny Robot-Beetle Runs on Alcohol

May 3, 2022 | Zoe Karbe
Share on Facebook
A microbot inspired by a tiny beetle has been created. These tiny cyborg creatures may one day be used as artificial pollinators during disasters or even for complex medical procedures. But what makes this different from real bugs, (other than its buttons and wires) is that it is powered by methanol – the alcohol you find in antifreeze, not exactly the kind you find in your six-pack of beers. 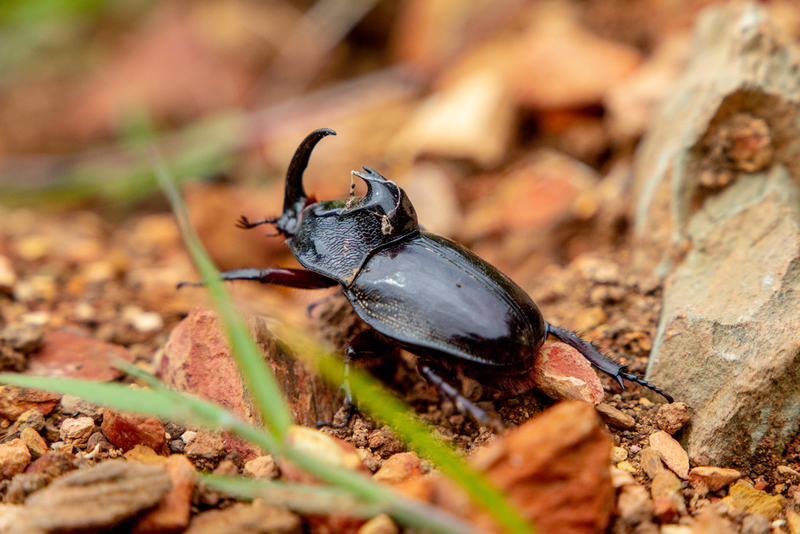 Nevertheless, it’s an interesting source of power. According to researchers with the University of Southern California’s engineering department in a Science Robotics report, the RoBeetle weighs a mere 88 milligrams but can carry up to 2.6 times its own weight. It can also crawl around for up to two hours across various surfaces and inclines.

The mini robot has artificial muscles that use a system made up of nickel-titanium alloy wires covered in a platinum powder, which in turn catalyzes the burning of methanol vapor into heat. According to Xiufeng Yang and his colleagues, Longlong Chang and Néstor Pérez-Arancibia the cycle of heating and cooling allows the wire to contract and ultimately, emulate real muscles,

As technologically advanced as the RoBeetle still won’t be winning any races be as the little thing moves at 0.05 body lengths per second, which is of course ridiculously slow. The report also states that an additional source of fuel, such as propane, for example, could enhance the speed by a little but that remains to be verified. So far researchers are trying to attach a fuel tank so that it could operate for longer.

Where Are We Going With This

This is a pretty major breakthrough and could be incredibly useful in the long run. These little robot bugs could potentially be central in disaster relief or complex medical procedures that can be performed by tiny creatures.