Traditional Plastic Mardi Gras Beads are Getting an Eco-Friendly Makeover

In New Orleans, there is no Mardi Gras without beads. As part of a nearly 200-year-old tradition for parade marchers, these strings of beads serve as a treat to the huge audiences, which have developed from glass baubles to plastic jewel-tone beads.  During Fat Tuesday, these trinkets are almost present, as they’ve come to represent the occasion. But when the celebration ends, the beads hang around.

A researcher has suggested a solution that could make Mardi Gras beads biodegradable. If his proposal is realized, it could save the city money and time on cleaning and lessen post-celebration landfill garbage.

During a 2017 cleanup program, workers collected 93,000 pounds of Mardi Gras beads from storm drains in the historic downtown of New Orleans. In 2018, almost 1,200 tons of trash were removed post-parade, a majority of which were brought in landfills.

As such, Naohiro Kato, a biological sciences professor at Louisiana State University came up with an eco-friendly solution- he has produced algae-based beads that decompose over time.

Kato’s findings — that algae processed in an extractor could produce a biodegradable, plastic-like object — was ostensibly a mistake. One laboratory student assigned with processing algae samples in a centrifuge and then storing them in a freezer was unable to freeze the algae one night. The following morning, Kato discovered the future of Mardi Gras in his laboratory.

In an interview with HuffPost, Kato said that although the idea was interesting, he knew the implementation would be complicated. Making algae-based Mardi Gras beads would be 10 times more expensive than conventional plastic and his product has to be more affordable for it to be popular. 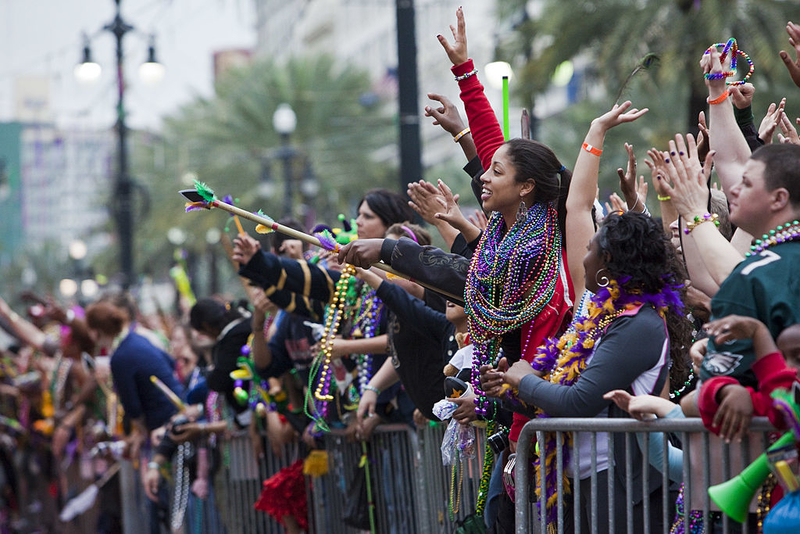 To catch up for expensive costs, Kato and Microalgae, his Baton Rouge-based company, are collaborating with nutraceutical companies, which have a high demand for the algae-based product because it allows materials to be classified as vegetarian or vegan. (The product can be used as an alternative to animal-derived ingredients, such as gelatin, often used in vitamins and other supplements.) This new partnership would boost the mass production of microalgae-based material as leftover biomass from the supplement industry can be used in manufacturing, per Kato’s plans.

While plastic beads can last for hundreds of years, Kato’s algae-based Mardi Gras beads break down naturally in a period of one to two years. For Kato, two years is an effective shelf-life period. “You don’t want to have beads that melt on your hands or in the rain.” He said he’s still finding solutions on this part of production considering that the lifespan of these beads may vary, depending on the type of chemicals he applies to bring colors that can suit the traditional, colorful Mardi Gras beads.

While algae-based Mardi Gras beads aren’t handed out just yet, he is working with different associations in charge of the parade floats, which are examining the product and will eventually place orders. Meanwhile,  a few local plastic companies are on board (Kato refused to name them), loaning their molds for beads and dealing agreement for buying leftover algae materials from the supplement companies. 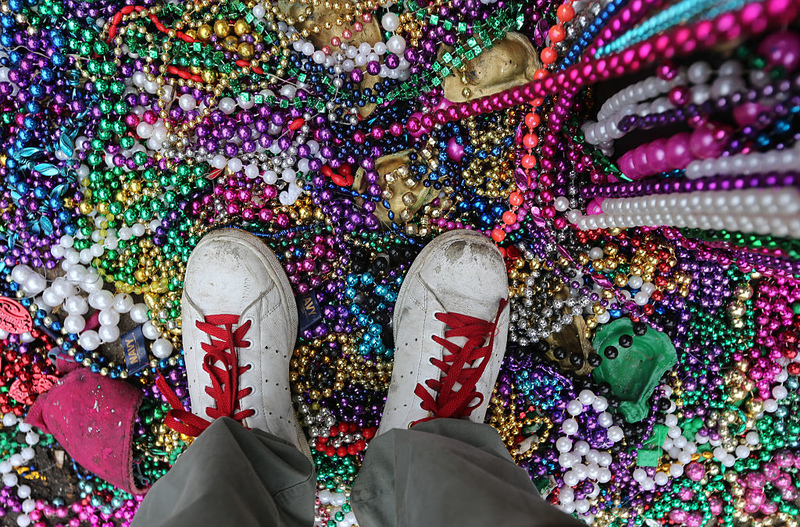 For Mardi Gras enthusiasts who cannot wait until the product is widely distributed, there are already available options on the market. Companies that promote sustainable Mardi Gras beads like Throw Me Something Green and Atlas Beads sell biodegradable paper beads. There’s also the Trashformers, a group of volunteers rallying to commit part of the festivities to remove the trash.

The Arc of Greater New Orleans, a social service agency will again offer its bead recycling project, in which trashed beads are gathered, cleaned, and rewrapped for the next year.

Obviously, everyone wants to relive the Mardi Gras traditions and make sure the good times roll.