Why Reusable Bags Aren’t as Environmentally-Friendly as We Think

Jun 20, 2022 | Michelle Muller
Share on Facebook
There is a reason the world has declared war on plastic bags. They don’t biodegrade. They are the reason the earth’s oceans and its sea life are full of plastic. Researchers from South Korea’s Incheon National University estimates that an average adult ingests as much as 2,000 pieces of microplastic from using sea salt in one year alone – that number represents a fraction of microplastics that a person consumes. But are reusable bags a good alternative? Some researchers say probably not. 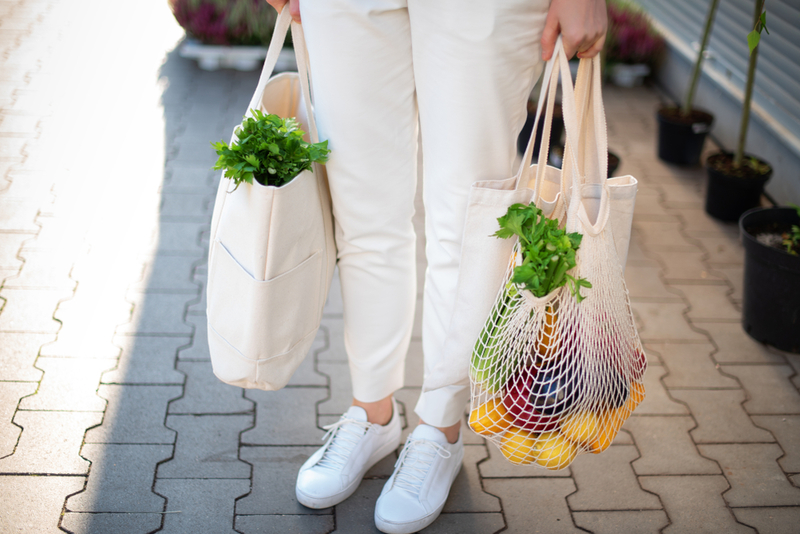 Shutterstock
In a 2018 study, researchers affiliated with Denmark’s ministry of the environment and food say that – marine litter notwithstanding – plastic bag manufacturing still creates the best carbon footprint, particularly when compared with the manufacture of eco-friendly alternatives on the market. Researchers arrived at this conclusion by looking beyond marine litter to consider the impact other factors may have in making reusable bags, including ozone depletion, air pollution, as well as the use of water resources. For instance, a classic plastic waste bag needs to be used just once to make it environmentally worthwhile. PET bags need to be used 84 times; the bleached paper needs to be used 43 times; organic cotton needs to be used a staggering 20,000 times (via Quartz). But are you able to use eco-bags as often as researchers say you need to before they become carbon neutral? Probably not, say public health researchers.

Reusable bags carry problems of their own

Many of us who use eco-friendly bags have a bad habit, which we may or may not admit to, and that is: we don’t wash our bags after we use them. At all. In fact, we’re more likely to keep reusing the bags until they are filthy, at which point, they get tossed. Because of this, researchers found germy colonies in 99 percent of the bags they tested; half were infected with coliform bacteria, while 8 percent actually tested positive for traces of E Coli, which indicates that there could have been some fecal contamination. 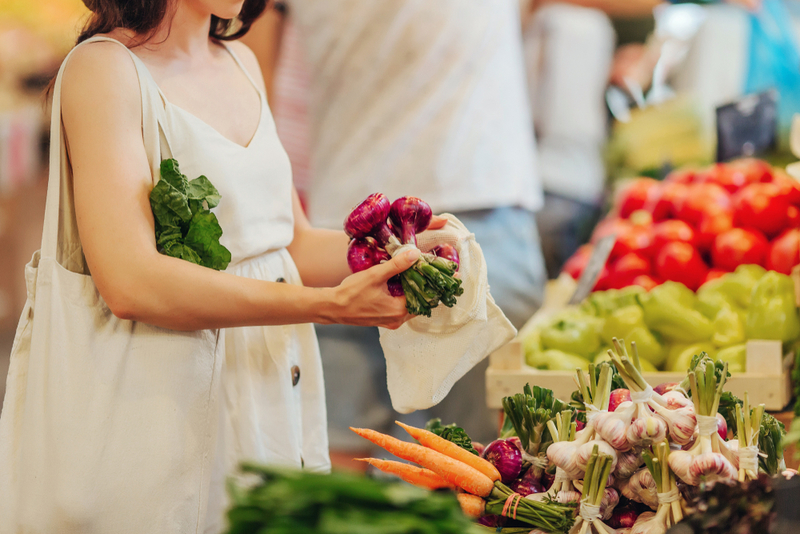 Cleveland Clinic’s infectious disease expert Susan Rehm says you can blame raw meat for the contamination. She says: “Let’s say we’ve had a ‘leaker,’ one of our chicken containers, or something like that. Well, that all contain bacteria, which contaminates the bag, so the next thing that goes into the bag can also become contaminated.” To avoid this bacterial build-up, Rehm recommends storing your bags in an area other than the trunk of your car- where the heat can create the perfect breeding ground for microscopic creepy crawlies. Rehm and other experts also agree we should even be washing our eco-bags after every trip to the store to keep our groceries from becoming a trigger for food-borne illness.