The First and Only Human Buried on the Moon

A number of people (12 so far) have made their journey to the moon. While all these people were indeed very different, the one thing they had in common was a pulse. This is what makes the story of Dr. Eugene Shoemaker rather unique. 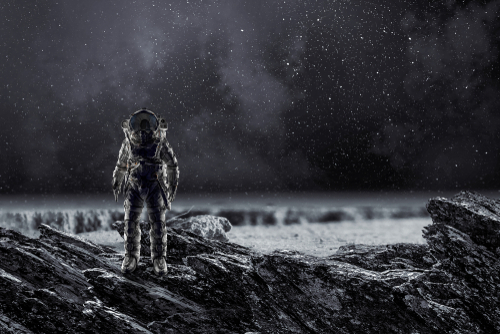 You might wonder, how did this come to pass? First, here’s a little bit of background on the guy. Even among amateur stargazers, the name Shoemaker is likely to ring a bell. He and his wife, Carolyn, along with David Levy, discovered the comet that hit the planet Jupiter in 1994 (the comet was subsequently named Shoemaker–Levy in their honor).

This was considered a remarkable feat at the time because it was the first time human observers were able to view first-hand, a planetary collision. The crash became a press sensation. In fact, it even prompted a small Wyoming town to establish an interplanetary landing site in the event that some ‘refugees’ might find themselves on earth.

During the course of his illustrious career, Shoemaker combined geology, his primary discipline, with more astronomical applications, thereby contributing to the creation of the field of planetary science.  He investigated several craters on Earth, and within the U.S. Geological Survey, he established the Astrogeology Research Program in the early 1960s. He was also involved in the training of several astronauts for the Apollo mission, focusing on what these individuals could expect to see on the lunar surface, in terms of terrain.

On July 18, 1997, however, Shoemaker met his ultimate end when he perished in a car crash in Australia while he was there to investigate a meteor crater. Still, even in death, his journey was set to continue.

Then into the picture came Celestis, the first and only company to have ever successfully performed space burials. Celestis CEO and co-founder Charles Chafer notes that the company made the first launch in April 1997. “We flew 24 people on what we call the ‘Founder’s Flight.’ Some well-known folks like Timothy Leary and Gene Roddenberry. Also some space-geek folks, like Gerard K. O’Neill, but mostly normal folks.” The company operates by obtaining any extra room on current space launches, and launching cremated remains as a secondary payload — a process which Chafer refers to as “rideshare.”

So, basically, what happens is that when a rocket is set to take off, and there’s some extra space left, Celestis will make use of it by filling that space with remains. In general, whatever piece of equipment that payload is connected to will eventually end up in the planet’s orbit. “Our payload is always attached to something, whether that’s a spacecraft or a spent rocket stage.

Things that are small enough that at the end of their orbital lifetime, they burn up completely on reentry,” Chafer explains. “Sort of an ashes-to-ashes moment.” In Shoemaker’s case, however, things were a tad different.

Carolyn Porco, a close associate of Dr. Shoemaker’s, initiated efforts to send the late scientist — who had aspired to be an astronaut but failed to make the grade for medical reasons — to the Moon. Fortunately, NASA also favored the idea of paying homage to Shoemaker by sending his ashes all the way there, and contacted Celestis.

A representative from NASA asked Chafer if Celestis could join forces with them to work out a way to send some of the scientist’s remains to the lunar surface, because NASA has not really done anything like this before (conducting space burials).

Chafer was naturally interested, but he wanted to make sure that this unprecedented space burial would set a standard for off-world memorials in the future. So, he asked for a contract stating that the service was purchased from Celestis. “Now, we charged virtually nothing,” narrates Chafer. “I think we charged them the cost of the capsule that we sent out to Arizona.” (According to him, the capsule cost around $600.)

On January 6, 1998, the Lunar Prospector, the third mission selected by NASA as part of the Discovery Program, took off. It set off for the south pole of the Moon to look for ice; it also carried an ounce of Dr. Shoemaker’s ashes. His remains were placed in a polycarbonate capsule supplied by Celestis, according to a memorial website set up by Dr. Porco.

It was wrapped in a piece of brass foil, on which the following details were etched: Shoemaker’s name and life dates over an image of Hale-Bopp comet; an image of Meteor Crater (Arizona); a quote from Romeo and Juliet.

The mission officially ended on July 31, 1999, when NASA intentionally smashed the craft on the lunar surface, with Shoemaker’s remains still onboard — making the scientist the first and only human being to be laid to rest off-world. It has taken Celestis decades to carry out a total of 15 missions (not all missions have made it to orbit).

The mission of transporting Shoemaker’s ashes, which the company officially calls Luna 1, remains the only known operation to land human remains on a different celestial body. It will not be the company’s last, according to Chafer. “I think we are entering an age of abundance in terms of commercial access to space.”

The biggest impediment to space memorials is finding a rocket with enough space to take on extra payload, but with the advent of independent programs such as Blue Origin (Jeff Bezos) and SpaceX (Elon Musk), the chances of launching secondary payloads has increased — which is good news for fans of commercial space travel and those want to send the remains of their loved ones into the cosmos. 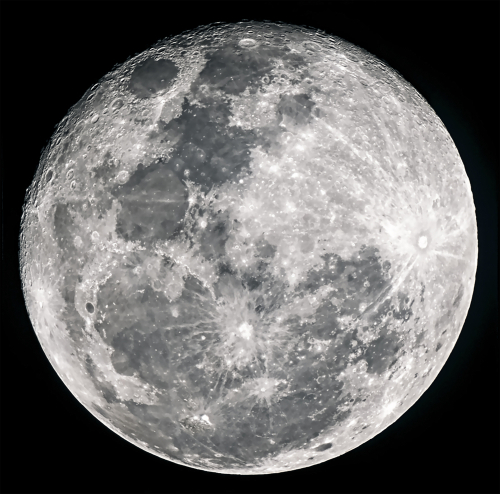 Consequently, several competitors have appeared recently offering similar services, although Celestis is the only company so far to have been able to pull off a space burial. Chafer insists he is not bothered by the competition. “If there weren’t competition, I’d be worried about the market,” he observes. And he thinks that the market is already starting to take a bolder shape, drawing the attention of what he describes as “geeks, new agers, adventurers, and people who want the biggest send-off ever.”

In fact, there are already planned missions for a lunar burial and another that will try to send off some remains into deep space. If things go on as planned, it looks like Eugene Shoemaker could soon have some company.

5 Conspiracy Theories That Will Blow Your Mind
Regardless of whether they are backed up by factual evidence, conspiracy theories are always an interesting topic. Some theories are just downright outrageous, not to mention..

Japan’s Asteroid Rovers Sends Pictures Of The Asteroid Ryugu
The two rovers owned by the Japanese Aerospace Exploration Agency, part of the Hayabusa 2 mission, are surveying the surface of the asteroid Ryugu. It sends amazing..

All You Need To Know About Aloe Vera
Not Just for Sunburns DIY beauty vlogger Farahdhukai shared on her video how aloe vera can be very beneficial to keeping our hair healthy and shiny- a perfectly cheaper hair..