Narwhals: Mysterious Sea Unicorns With Tusks That Can Do Powerful Things

Although it has been while since they were discovered, narwhals have remained a fascinating mystery to a lot of people. And the thing that has inspired rampant speculation is their horn (what is its purpose?). Do narwhals use them for echolocation, to challenge a rival, as an antenna, or to pick through ice? 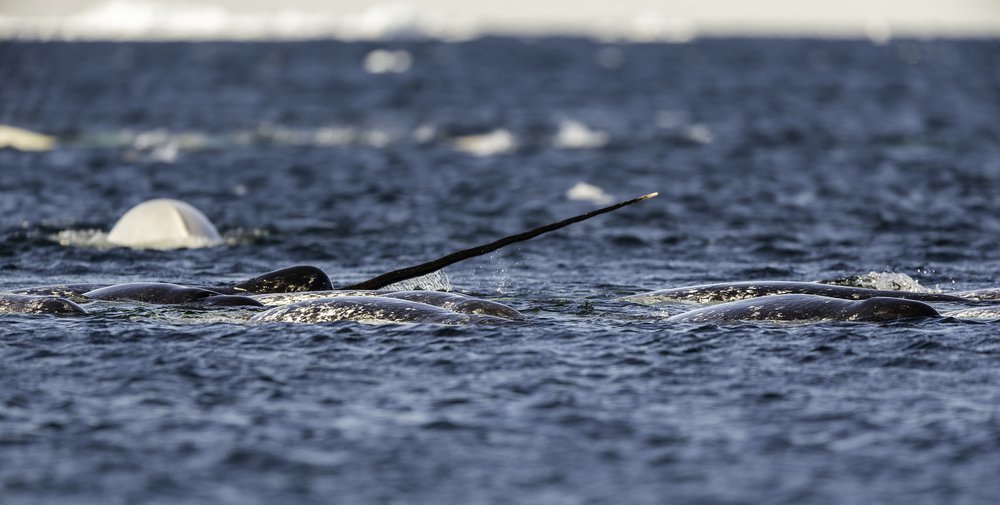 There is, of course, no sufficient data to support any of these theories. Until recently, there has been no record of any behavior involving their horn. However, recent drone footage has shown exactly how narwhals make use of their tusks: to stupefy their prey, the Alaskan cod.

The same footage is also useful for determining the areas where the narwhals are feeding and which places are to be protected from outside interference. The idea that all narwhals have tusks is misleading — only the males have tusks. During winter, male narwhals may dive to depths of 4,920 feet, and this can sometimes last 25 minutes. What we think of as a narwhal’s tusk is actually a tooth containing thousands of nerves. This tooth, which can grow up to 9 feet, can “sense” the slightest of movements around it. 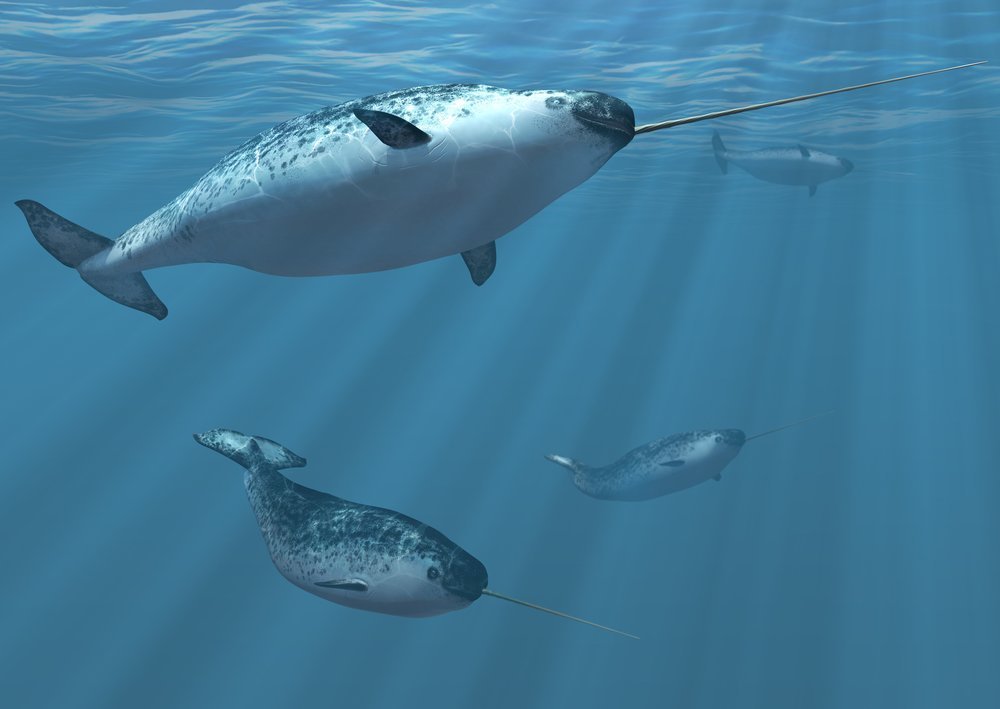 Overall, there are only roughly 110,000 narwhals left in the wild. With the arctic ice melting, which exacerbates their situation, there is mounting concern about the safety and consistency of their feeding grounds. Scientists are also aiming to observe how these creatures behave in their natural habitat as temperatures continue to warm.

Considering their current conservation status (Nearly Threatened), it is crucial that we initiate moves to help improve the environment in which they live. And as humans continue to hunt these creatures for meat and ivory, encouraging people to join efforts that will help preserve these creatures’ life becomes even more challenging.

Please donate to support conservation efforts for the narwhals. They deserve our help.