Why Are Planets Spherical?

Apr 25, 2022 | Paul Abhishek
Share on Facebook
The ancient Greeks used basic observations of the Sun to verify the Earth’s roundness and size almost 2,000 years ago. But how do people now know this? It has to do with gravity!

Gravity forces whatever you drop to fall precisely toward the center of the Earth, at least until it strikes the ground. Gravity is a force that is generated by practically anything with mass. The mass of anything is a measure of how much stuff it contains. It might be rocks, water, metal, people, or anything else. Because every substance has mass, everything produces gravity. Gravity is constantly attracted to the center of mass.

Alamy Stock Photo
The Earth and other planets are spherical because they were created from molten material – basically scalding liquid. Because gravity always points toward the center of a mass, it compressed the Earth’s material in all directions equally and formed a ball. The Earth was a spherical ball when it cooled and solidified. The Earth would have been a perfectly spherical planet if it did not rotate. According to scientists, a “sphere” is anything that is entirely spherical in all directions.


The Earth was formed from a gas cloud that slowly rotated in one direction around an axis. The north and south poles of the Earth are located at the top and bottom of this axis. Now extend your right hand. Curl your fingers around the direction of rotation and point your thumb straight up on your right hand. Your index finger should be pointing to the North Pole. The plane midway between the North and South Poles is the equator. 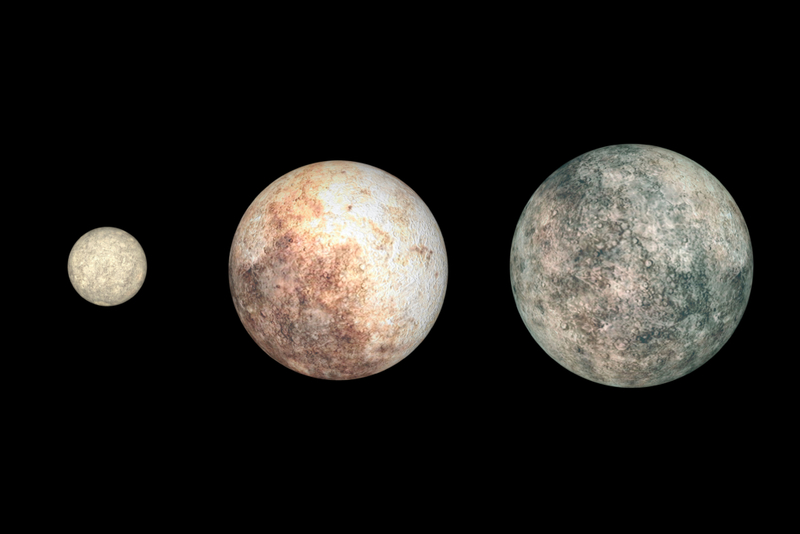 If you’ve ever ridden a merry-go-round, you know how the spinning merry-go-round may throw you off balance. The quicker it spins, the more difficult it is to keep on. This propensity to be thrown off is known as centrifugal force, and it drives the mass on the equator outward.

This causes the planet’s equator to swell. The quicker the spin, the more asymmetrical it gets. The form is then retained when it cools and solidifies. A molten planet will be less spherical and have a more prominent bulge if it begins spinning faster. Saturn is significantly oblate — non-spherical – due to its rapid rotation. All planets are circular due to gravity, and since they revolve at varying speeds, some have thicker equators than their poles. As a result, the shape of the planet and the speed and direction at which it spins are determined by the initial state of the material from which it is formed.