What You Should Know About Beyond Meat

Mar 30, 2021 | Michelle Muller
Share on Facebook
It sizzles, browns, and even drips sappy juices onto your fingers. What’s more, it tastes like a tasty beef patty — but without any of the beef. This is the Beyond Burger, and with its competitors in the plant-based meat industry, this vegan alternative has transformed the good ole’ fashioned American burger. This meat alternative cooks and grills just like a ground beef patty, but will it stand the test of time?   Made wholly of plants and plant derivatives, the recipe for a Beyond Burger is as much technology as it is ingredients — ingredients that have to somehow transformed from peas, beans, and coconut into a marbled, pink and red patty that cooks, looks, and tastes just like beef. At first glance, the Beyond Burger seems like magic with its flavors and how it looks, or, in other words, like a whole lot of processing. 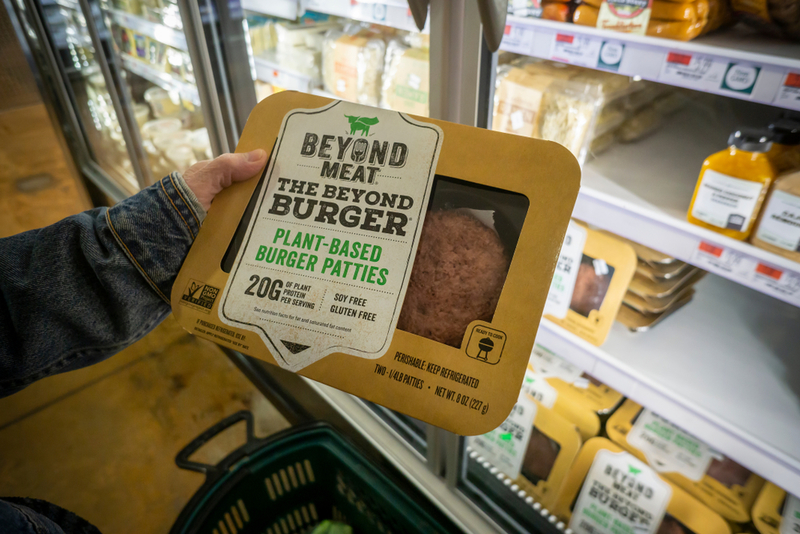 Shutterstock
This has led to some concern regarding its health benefits, and whether it’s actually any better for you than a traditional beef patty. Out of the 18 ingredients listed, some we know, like brown rice and salt. Others, like methylcellulose, are a little less so. We took a look at those to figure out what they were, and how exactly one turns plants into “meat.” This is what you’re really eating when you eat a Beyond Meat burger. There are 20 grams of protein in a Beyond Burger, but in a Beyond Burger patty, much of that protein comes from pea protein. But what exactly is pea protein? It’s not peas, exactly, but an extract of the proteins in split peas. This makes it a vegetarian and dairy-free alternative to animal protein. Technically from a legume, pea protein’s nutritional benefit includes nine of the essential amino acids, although it is low in methionine and is not a complete protein source. The other legume in the Beyond Burger is the mung bean. Despite its funny name, 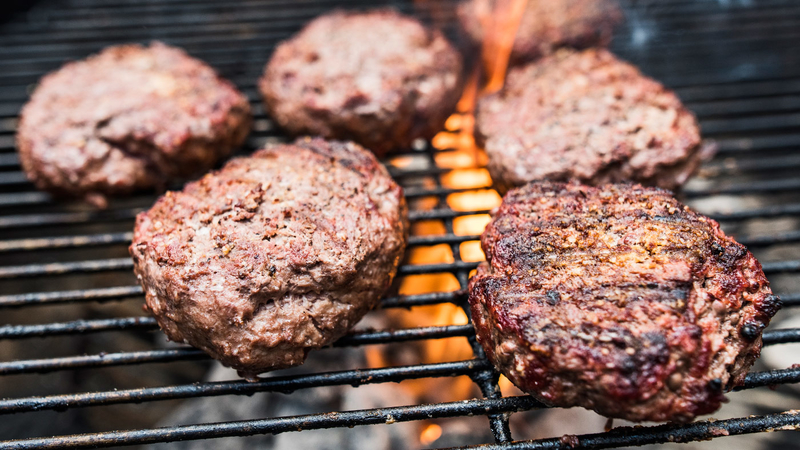 Getty Images
After combining the proteins and fats that make up the bulk of the Beyond Burger, their next step was to focus on the taste. This is where the “natural flavors” in the Beyond Burger ingredients come in. These are what give the Beyond Burger its signature meaty taste and umami. there are some 1,000 molecules that make up the flavor of a beef burger patty. Fortunately for a vegan meat company such as Beyond, the same flavor molecules also exist in plants. For example, one of the flavor molecules in beef is also found in parsley. It’s obviously a much more scientific and complicated process. What Beyond does is go through these 1,000 flavor molecules, isolate what they are, then search for those same molecules in plants. Then they slowly build up, flavor by flavor, molecule by molecule. Eventually, they come up with a combination that mimics the taste of beef. The Beyond Burger combination is quite specific and very secretive. Flavor-making, whether it’s for Beyond Burger, candy, or iced teas, is a very competitive industry, and the recipes are a well-guarded point of pride.